7 Things to do in Sicily

7 Things to do in Sicily

Discover in this article a list of top Things to do in Sicily, Italy.  Sicily, is one of the most beautiful places in Italy and honestly, choosing a Tour in Sicily as your next holiday destination is probably a decision you won’t regret  The Covid-19 pandemic has undoubtedly put a damper on things and made celebrating life difficult.  No matter who or where, the one thing everyone wants right now is for the virus to disappear as quickly as it came. If you, like many, are done with commuting to work and just want a change of air, then you are probably looking through travel itineraries and blogs, trying to find the perfect vacation.

The Island offers people the chance to explore the breathtaking mother nature in an extraordinary way, tours and vacations in Sicily can be off-putting if you do not know where to go and what to see first.

1.Things to do in Sicily : Wine Tasting Tour in Sicily

Things to do in Sicily – Sicilian Wine

Right off the bat, Sicily offers tourists one of the most unique experiences: wine tasting experience. Everyone has a wine connoisseur hidden in them, and what better way to start your trip than sipping on some fine sicilian wine while you are on tour on the island? The world’s oldest wine was discovered in Sicily!

Interestingly, the grapevines from which Sicily red wine comes are estimated to be as old as the island itself, so when you decide to take a wine tasting tour in Sicily you are definitely getting the most pleasing experience!

Wine tastings in Sicily are possible practically everywhere, on the slopes of Etna, in Syracuse where you can try the famous Nero d’Avola, in Marsala and again in Taormina and in the Ragusa countryside …White, Red, Fortified wine,Liquor… Sicily offers a kind of wine to satisfy all palates!

2.Things to do in Sicily :  Mount Etna tour 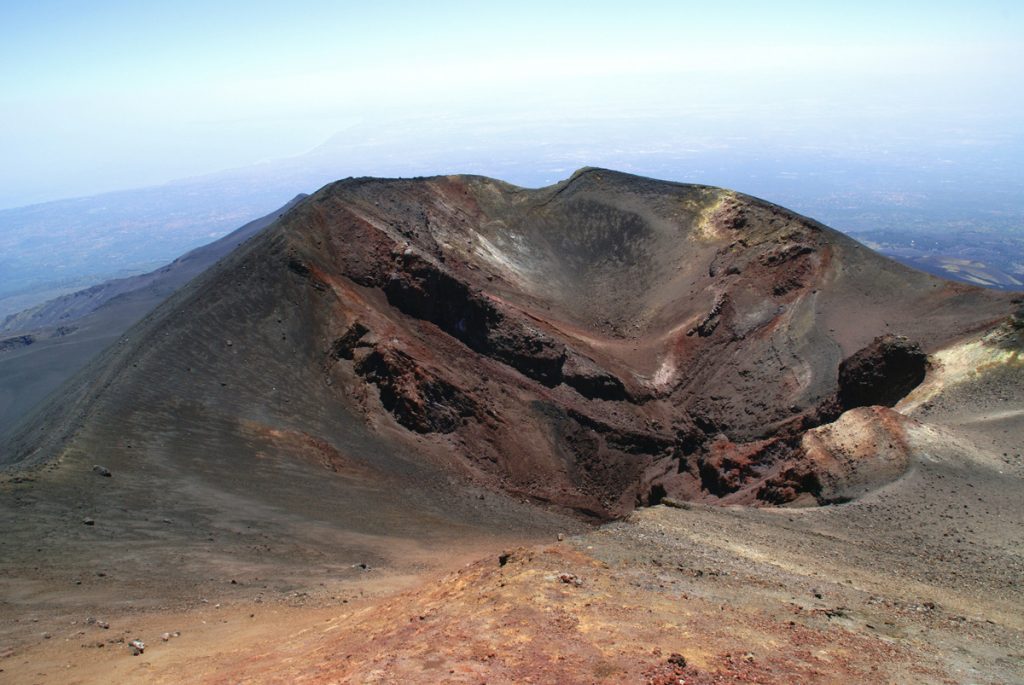 Things to do in Sicily – Crateri Silvestri, Etna Mt.

One of the most exciting things you could do in Sicily, Italy, is an Etna Volcano Tour, one of the most active volcanoes worldwide and highest in Europe.

Mount Etna is not just a fire-spitting mountain; it is also an extremely fertile ground for vineyards and orchards.There are numerous agritourisme and farms that can be visited where you can stop for a lunch or a wine tour in which to try typical local products,and Etna Wines.

Tourists from all over the world hike to Mount Etna to see the heritage site, and if you want to get a taste of Greek mythology, Mount Etna is assumed to be where the Greek monster Typhon was buried underneath by the Greek God Zeus. Etna guided tours, private or group, depart from the nearby tourist cities, tours from Taormina and Catania are available every day.

Things to do in Sicily – Taormina City Centre

Taormina and Castelmola are highly picturesque communes in Sicily, and both are credited to being the most memorable and worth seeing sights in Sicily. Taormina shares dreamy beaches on the Ionian Sea and is linked with the nearby nature reserve of Isola Bella and Resort town of Giardini Naxos.The city hosts magnificent masterpieces of antiquity such as its beautiful Greek Theater, which is opened to the public and can be visited during your tour in Taormina.

Castelmola is a small picturesques village easily reachable during an excursion from Taormina, famous for its medieval looks and outstanding views..Both of these localities are vastly explored and offer an out worldly perspective to the local culture; tourists love to take a walking tour in Taormina, taste some local food and drink some sicilian wine from the local bars and shop at the local stores.

4.Things to do in Sicily :  Visit Valley of Temples, Agrigento

Things to do in Sicily – Valley of Temples,Agrigento

Each giving a deep look into Greek mythology, the Agrigento temples of the Valle Dei Templi are a really rare tourist experience,which will surely enrich your Sicily Tour.

You can easily reach the valley of the temples in a day tour from Palermo in 1 hour and a half by car or during a Sicily private tour, visiting a city and a breathtaking place like this every day.

5.Things to do in Sicily : Take a Cruise among Aeolian Islands 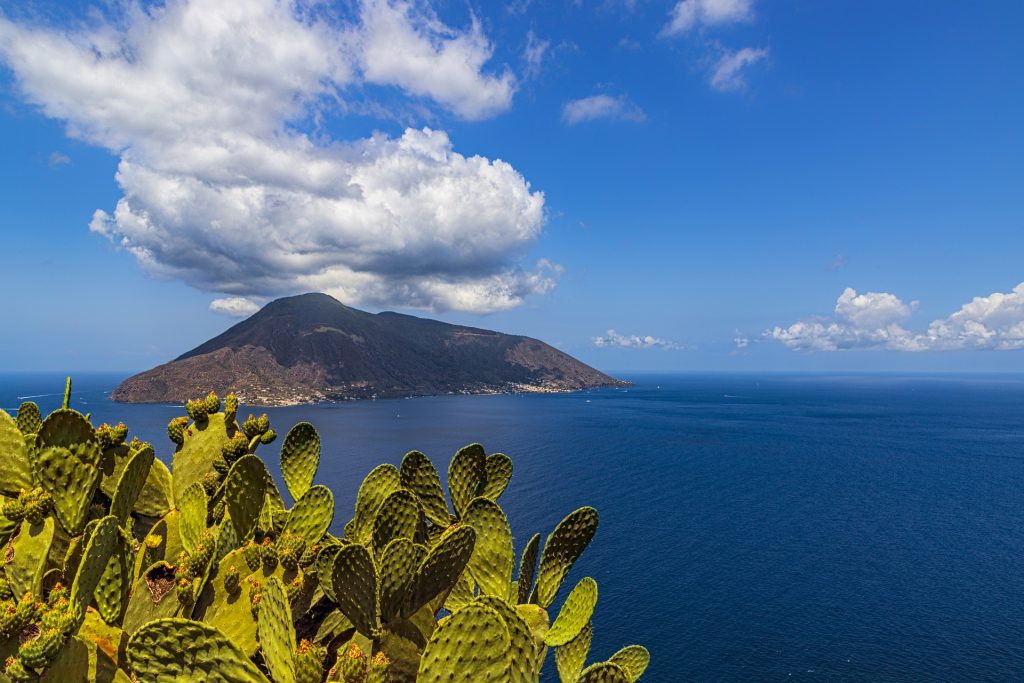 Things to do in Sicily – Aeolian Islands view

The Aeolian Islands are a volcanic archipelago of seven main islands, Panarea, Alicudi, Lipari, Vulcano, Salina, Filicudi, and Stromboli, in the Tyrrhenian Sea north of Sicily,easy reachable by taking a hydrofoil from Milazzo, named after the demigod of the winds Aeolus. These  islands have two active volcanoes, Vulcano and Stromboli, but do not worry, a trip to the Aeolian Islands is safe and fun!

Some islands retain a more Mediterranean and worldly charm, with a vibrant nightlife, restaurants and bars and breathtaking villas, such as in Lipari and Panarea, while others have a particular charm that is sparsely inhabited, still little frequented by tourists, offering an atmosphere such as that time has stopped as in Alicudi and Filicudi.

The Islands of Salina and Vulcano are even home to natural sulphur reserves, which meet with the water to form a sort of natural SPA ideal to take a warm bath.

The most popular excursion is the one that leads to Stromboli Island, the small volcanic island with the most active volcano in Europe, for the visit you can take a morning trip to climb the volcano, breathtaking is also enjoying the sunset on Stromboli from the sea to witness its lava eruptions.

In conclusion, the islands offer many beaches and isolated coves in which to swim in crystal clear waters, and can also be visited on one of the many cruises to the Aeolian Islands, in a traditional Gulet boat, an intimate and personal way to enjoy the beauty of this breathtaking place.

6. Things to do in Sicily : Visit the Greek Theatres of Taormina and Syracuse 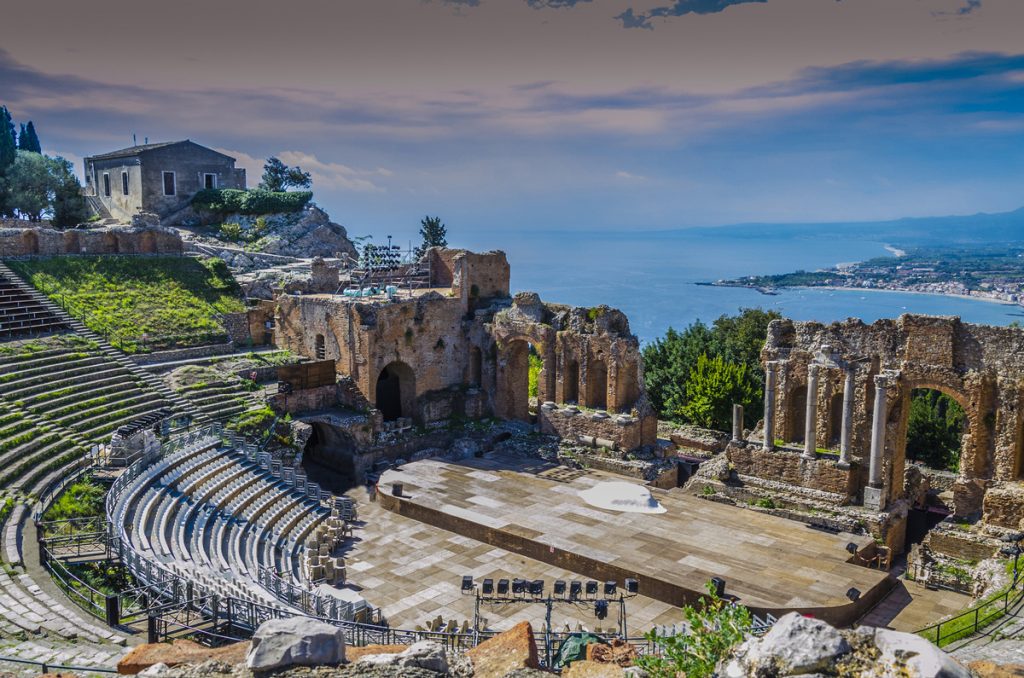 Things to do in Sicily – Greek Theatre of Taormina

The Greek Theatre of Taormina  is estimated to have been built in the third century BC and is a real awe-inspiring experience. Although the theatre has lost most of its original seats, it still serves as a frequent host of plays, festivals, and concerts.  The visit to the Greek theater is something not to be missed during your Guided Tour in Taormina.

The  Theatre of Syracuse is the largest one in Sicily and is as old as the fifth century BC. Witness to the works of some of the most gifted playwrights like Aeschylus, Phormis, Epicharmus, and many others who demonstrated their skills to the public.

The Greek Theatre of Syracuse within the Archaeological Park of Neapolis, situated in the province of Syracuse, and is a remarkable thing to cross off your to-do list. Divided into three portions, the Latomia del Paradiso, The Greek Theatre, and the Roman Amphitheatre, this archaeological park carries such a romantic and enthralling vibe that it becomes impossible to forget it. 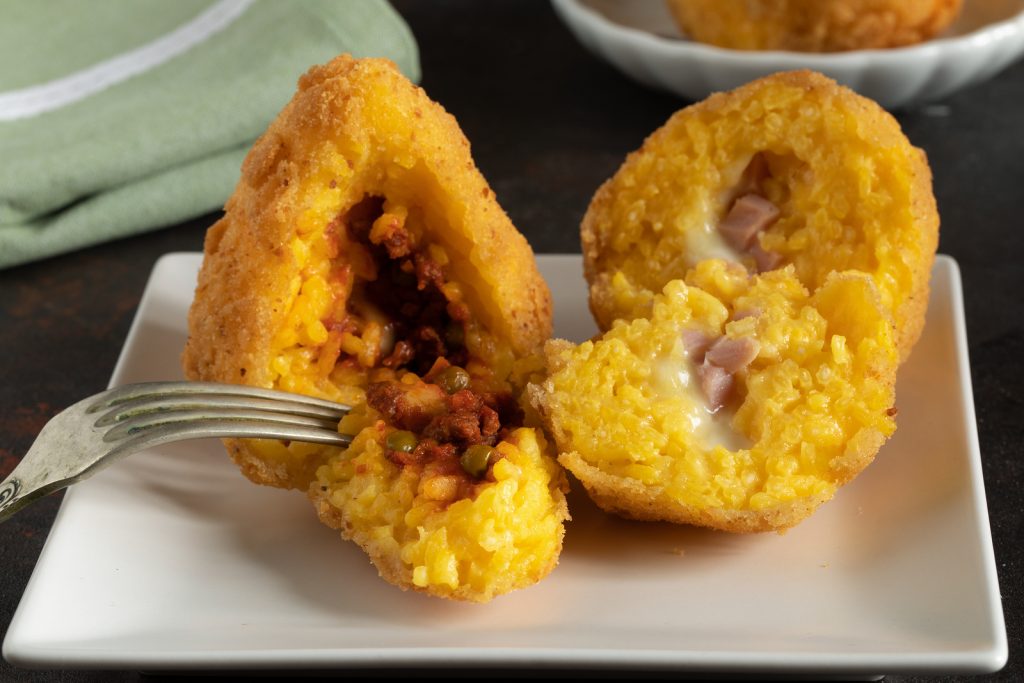 Last but not least, Sicily offers sensational food and wine tours and cooking classes held by local chefs in picturesque venues, as well as at farmhouses with traditional family style dishes,and fresh organic products you can try , which will put the cherry on top of your trip.

Starting from the city centre of the town where you will stay, being both Palermo or Taormina or Catania, you’ll follow your guide past local market stalls where farmers, fishermen and butchers sell their fresh goods.. You will Select products for your class and you ‘ll learn how to use the best ingredients. With personal assistance from your chef,you ‘ll learn how to prepare and cook homemade pasta plus several fish and vegetables dishes in a total Sicilian style accompanied by local Sicilian wines.

We all know the great food that comes from Italy, and Sicily being the place where several delicacies, including gelato, were invented, making the same mouth-watering Sicilian cuisine from the comfort of your home is as perfect as can be.

These things are just a small portion of activities and tours in Sicily; The Island offers a diverse opportunity to learn, experience, and enjoy